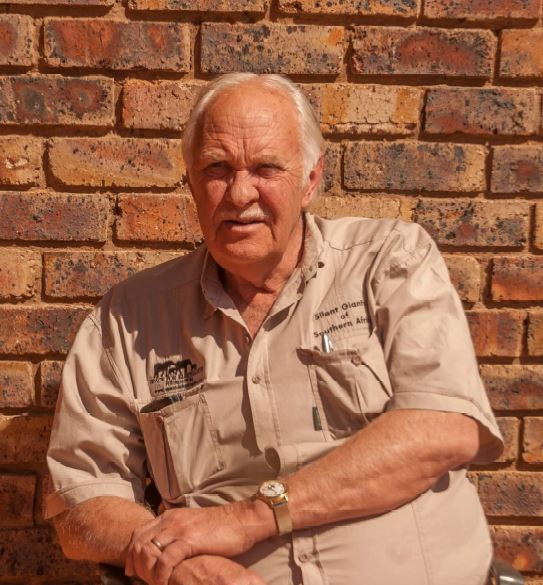 Bob Preller was born in the town of Krugersdorp in the Gauteng province of South Africa on 9 May 1947. After a fatal accident which claimed the lives of his brother and sister his family moved to the town of Potgietersrus (now Mokopane) in the Limpopo province in 1954 where he first went to the Potgietersrus Primary School and then the Pietersburg High School in what is now Polokwane. He then went to medical school at the University of Pretoria but had to curtail his studies due to financial constraints in his second year of study following the deterioration of his father’s health. Joining the Manufacturers Life financial corporate organization he was sent to Toronto in Canada at their expense to obtain a degree in marketing management at the University of Toronto. Upon his return he eventually became the Marketing Manager and the Marketing Director of three major financial institutions.

His continued love of all things wild eventually lead to his appointment as Honorary Ranger in the South African National Parks in 1979 which allowed him to work in various national parks. During his first stint of duty in the Kruger National Park he and an assistant found a small, stranded elephant calf near the Letaba Rest Camp. They took the calf to the Ranger at Letaba Rest Camp from where it was taken to the facilities at the Skukuza Rest Camp where it was raised and later set free. This incident lead to the development of a deep interest in the life and times of elephants and their unique intelligence and he spent many nights walking with and talking to elephants in various wildlife parks in South Africa, often sleeping close to elephants so as to learn more about their behaviour. He eventually compiled his elephant knowledge in seven editions of his book The silent giants of southern Africa.

Concern over the immense poaching threat to the survival of elephants and their conflict with human communities promoted a deep interest in how elephants communicated and in using this knowledge to alleviate this conflict. He eventually thought to look for a system which would communicate ultrasound stress messages to elephants to prevent them from undue conflict with humans and discussed his idea with Joyce Poole of Elephantvoices in Kenya. When she advised him that she did not think that ultrasound would work for this application but that he had to test his ideas further he contacted the Council for Scientific and Industrial Research (CSIR) in Pretoria, South Africa. They assisted him in building a unit with transponders which proved that Joyce Poole was correct and that ultrasound impulses did not stop elephants from entering human compounds although they were clearly aware of it. He then turned his attention to the amazing fact that when a recent huge earthquake in Indonesia caused the death of 150 000 people not a single elephant was lost. Bob then approached the School of Geo Sciences at the University of the Witwatersrand in Johannesburg to assist him in finding an answer. Together they started doing research on the influences of seismic impulses on elephant behaviour and clearly showed that elephants can detect the Raleigh seismic waves which are created by earthquakes and that they are also part of the communication repertoire of elephants. The ultimate objective is to create a system of virtual seismic fences to keep leopards from entering potential conflict areas revealed the close association of elephants with elements in nature of which humans are not aware.