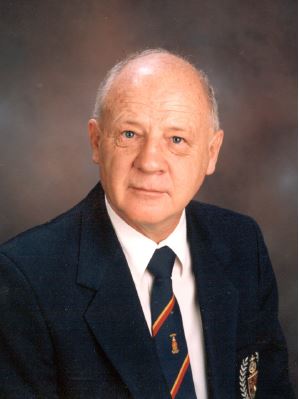 Jacobus du Plessis Bothma was born on 5 May 1940 in the Christiana district of the former western Transvaal. In 1957 he completed his high school education at the Helpmekaar Boys High School in Johannesburg. Following a year at the Air Force Gymnasium in Pretoria, he completed the BSc and a MSc degrees at the University of Pretoria before graduating with a PhD degree in Wildlife and Fisheries Science at Texas A&M University in the USA. In 1964 he started his career as a predator ecologist with the former Transvaal Division of Nature Conservation from where his love for the leopard developed.

During January 1970, he was seconded to the University of Pretoria by the provincial government to establish the first postgraduate degree in Wildlife Management at a South African University. He was the incumbent of the internationally known Eugène Marais Chair of Wildlife Management and from 1988 the first Director of the Centre for Wildlife Research at the University of Pretoria and until his retirement in December 2005. During his career he supervised 380 BSc (Honours), 52 MSc and 11 PhD/DSc students.

During his life he received 19 awards, the most important being: 2000: The Senior Captain Scott Memorial Medal for outstanding biological research in southern Africa of the South Afrcan Academy of Science and Art. 2003 : The Tuks Alumni Laureaat Award of the University of Prertoria 2011: The Order of the Bataleur for contributions to wildlife production and conservation of the South African Hunters and Game Conservation Association. 2016: The Wildlife Excellence Award of the Southern African Wildlife Management Association.

The three legacies that he left for conservation are:

1. The Book - Game Ranch Management: Over a period of 30 years more than 50 000 copies were sold in Afrikaans and English. This book is regarded by the game ranchers as their Bible.

2. The wealth of wildlife knowledge that he had documented: He is the author, co-author or editor of 24 books or chapters to books, more than 100 scientific publications and more than 300 popular science articles and has has presented 67 papers at national and international conferences to date. He will deliver the keynote address at the annual conference of the German Veterinary Association in Berlin in October 2020.

3. Research on the Kalahari leopard: He first came to the Kalahari as a young graduate student in December 1962 in the company of the legendary Prof Fritz Eloff who initiated research on wildlife in this remote and arid region. His work on the Kalahari leopard was based using the tracking skills of the “Kalahari Bushmen” to interpret the daily activity of leopards. During this long period of field research he followed almost 2000 km of leopard tracks on a step by step basis for various male leopards and 750 km for females. In all, the leopard data represent the actual activities in the southern Kalahari on 127 days in the life of a male leopard and 71 days of a female. This work resulted in 13 scientific articles on the Kalahari leopard and the books Written in Sand and Of Silk and Sand.